The Celebrants were Father Karl Pung, Pastor of St. Mary Cathedral Parish, Father Steve Mattson, Pastor of the Church of the Resurrection. In addition, Father Paul Erickson, Chaplain of Lansing Catholic High School, Deacon Joseph Jong of St. Mary Cathedral and Deacon David Kasprzak, Diocese of Lansing Director of Catholic Charities and Department Chair for Outreach Ministry assisted with the procession. We were also assisted by seven young men in cassock and surplice from both parishes. The procession was attended by twelve members of the Fourth Degree Knights of Columbus Honor Guard from the St. Louis Hennepin Province under the direction of Worthy Master of District Two, Sir Knight Joseph Yekulis, and Worthy Marshall, William Currie.

Although the event was enthusiastically supported by our pastors and planning team, a couple of obstacles had to be overcome. Originally, the procession was intended to be entirely on foot. But due to health restrictions and the unknown number of participants, it was decided to use a motorcade to safely follow the Eucharistic procession. The motorcade consisted of 85 cars in two lanes. Approximately 200 of the faithful were in attendance for the program on the State of Michigan Capitol grounds.

In God’s infinite and unfathomable wisdom, He gave us weather we would never have chosen ourselves. The prediction of up to sixty mile-per-hour gusts made canopies out of the question.  Father Steve and Father Karl were asked to pray and informed that there would be little protection from the elements. Father Steve responded, “Our witness will be much more powerful if the weather is horrible. ‘Those crazy Catholics!’ But, I will pray for the weather to clear. I’m not afraid to get wet, but the motorcade is looking much more attractive in light of the forecast!” A bit later Father Karl chimed in, “I am with Fr. Steve. I will just wear a less beautiful set of vestments. Great witness and a metaphor for our future journey in this country.” Our Worthy Master Yekulis intoned, “Gulp! God will provide…wind and cold.”

So, we sallied forth into the weather with Christ asleep in the boat, so to speak.  We didn’t complain, so Jesus never did tell the winds to subside!  Although respite vehicles were available, all of the intrepid members of the foot procession desired to remain as close to Jesus as they could.

Those in the motorcade called in to join in a patriotic Rosary of the Glorious Mysteries led by parishioner Elaine Steffek on her cell phone while kneeling before the tabernacle at St. Mary Cathedral.

On the way to the Capitol, one of the police officers providing escort for the procession fell to his knees in the middle of the road in the wet and wind, bowed down, and reverently made the sign of the cross as the monstrance passed by. Although most businesses were closed, people peered out the windows and walked out on the sidewalk to watch, take pictures, wave, and kneel to the King of Kings and Lord of Lords.

Upon arrival at the State Capitol, the monstrance was placed on an altar at the highest point on the Capitol steps for all to see our Beneficent Ruler of the Universe. The clergy kneeled in Adoration as the congregation arrived from the motorcade. Father Karl addressed the crowd to enthusiastic clapping and shouts of “Amen!” Afterward, there were a few minutes of silent adoration, with the Fourth Degree standing at attention and many of the congregation on their knees. Benediction with Tantum Ergo sung and Divine Praises recited followed. The Eucharist was reposed at the Cathedral,l accompanied by the honor guard.

Paco Gavirlides ended the event with an encouraging word of who we serve and that we are called to be active and bold in our beliefs and in our witness to the Love of Jesus Christ.

There were many positive comments made but I can’t honestly say what they were specifically.

The reason I undertook the task of leading the team was because of the imploring of my good friend Patrick Baker of the Archdiocese of Detroit. It also took the place of a Diocesan wide Knights of Columbus Eucharistic pilgrimage at the Cathedral which was to include a Marian procession and “Living Rosary.” It had been planned for June of 2020 but canceled because of COVID. I prayed about it and spoke with my wife about it.  It had been heavy on my heart already that so many people, even the faithful, were in distress and worry about the difficult circumstances we find ourselves in.

The materials and on-line presence were instrumental in getting the word out.  The most helpful, however, was the eager assistance provided by Unite Our Nation. Their knowledge and material support were instrumental in making this event successful. I owe a debt of gratitude to so many of you. 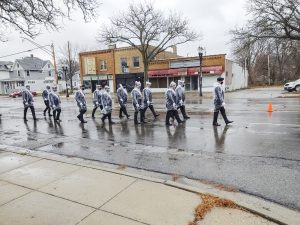 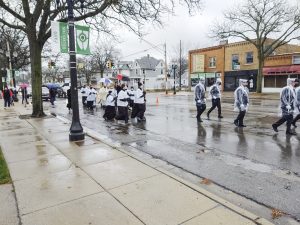 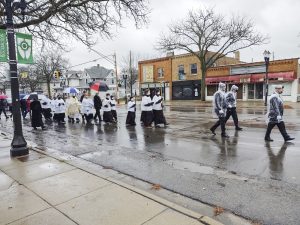 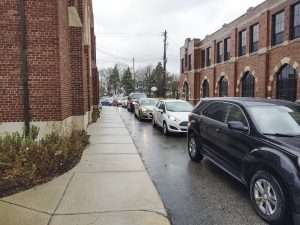 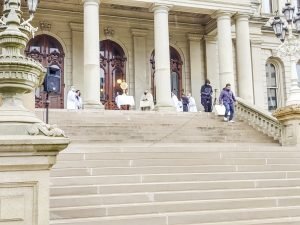 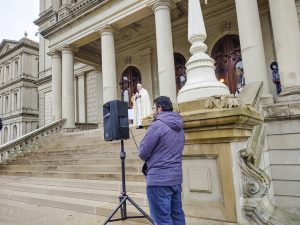 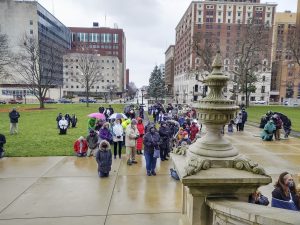 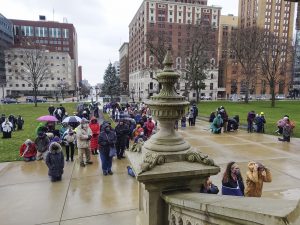 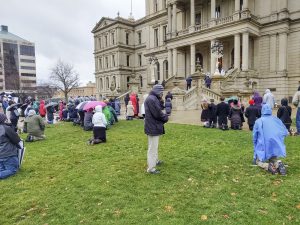 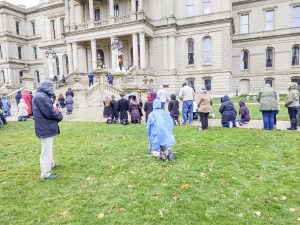 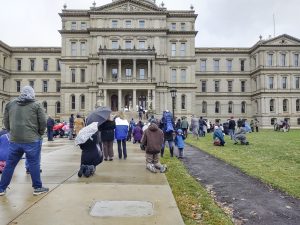 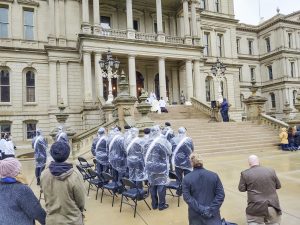